Return the same pot to medium heat, Melt 3 tablespoons butter and whisk in the flour.

Cook until the flour is lightly golden, 3 to 4 minutes. Slowly pour in milk and continuously whisk while it thickens. Add dry mustard, 1 teaspoon salt, Tabasco, and simmer 4 to 5 minutes. Fold in cheese with a rubber spatula. Turn off heat and gently fold in macaroni. Cover the top with an even layer of buttered bread crumbs. Bake until bubbling and the top is golden brown, 35 to 40 minutes. Cool for 10 minutes and serve warm. Adapted from James Beard's original recipe. Three years ago: Black and White Cookies.

Leave a review below, then snap a picture and tag thebrowneyedbaker on Instagram so I can see it! Your email address will not be published. Recipe Rating. Rate this recipe:. Let me start by saying I really liked this.

My teenaged son who is the mac king did not. He said it was like soup. I did notice that others mentioned this.

I will also use about a cup or so less sharp cheddar. Just let it sit for a moment so it turns from soup into macaroni or use a slotted spoon to drain some of the soupy. This recipe makes enough to feed people at least in my house! Reduced milk to 2 cups and used 1 cup heavy cream.


The grainy texture is from over cooking the white sauce. When cooked right it should have a creamy, velvety texture.


Made it for Easter dinner and with the tweaking it came out perfect. I really enjoyed cooking this delicious mac and cheese, even though my house burnt down in the process. 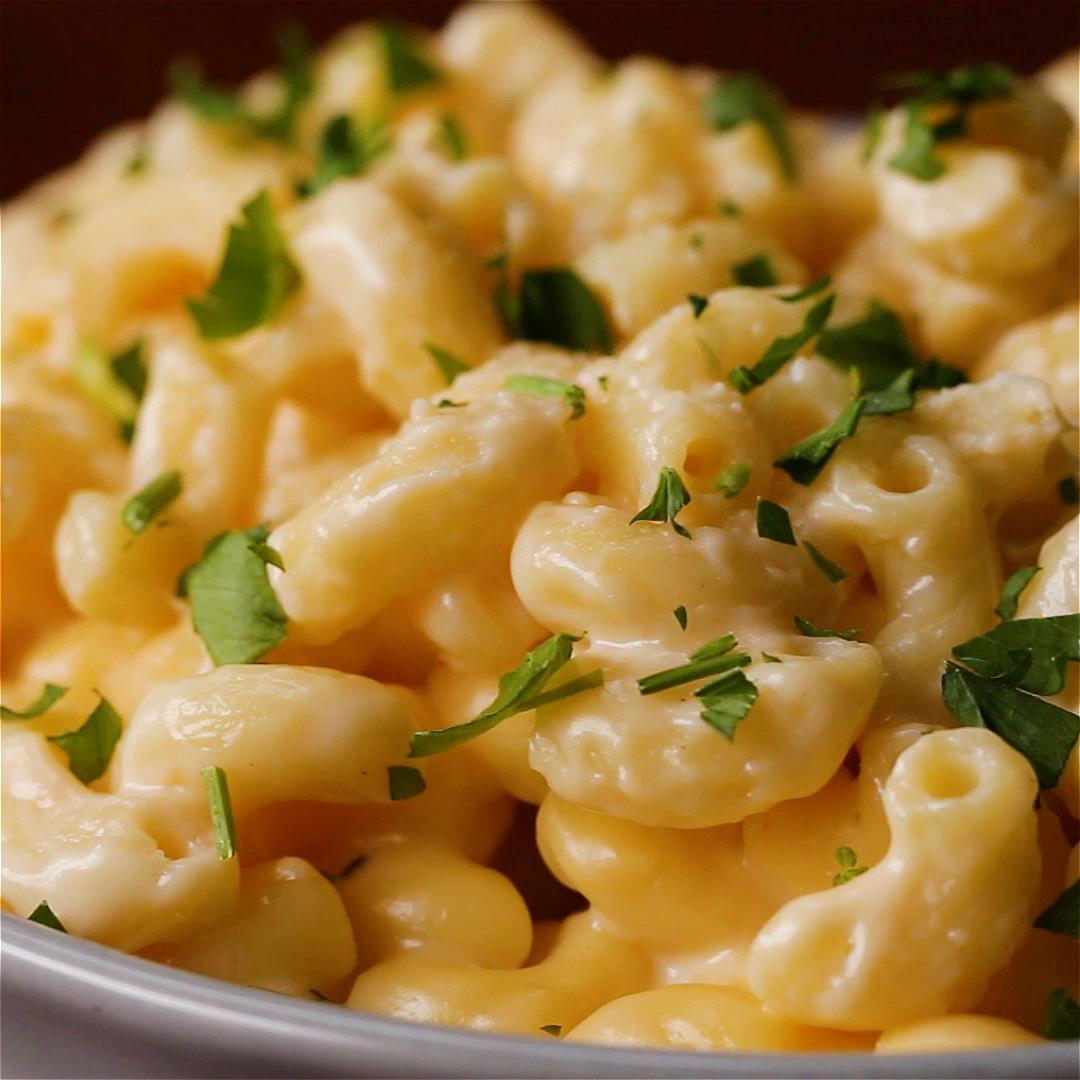 I tried a bite and could see why! Add American cheese, mustard, and cayenne and cook, stirring constantly, until cheese is completely melted, about 1 minute. Off heat, stir in cheddar until evenly distributed but not melted. Cover saucepan and let stand for 5 minutes. Cook over medium heat, stirring frequently, until evenly browned, 3 to 4 minutes.

Off heat, sprinkle Parmesan over panko mixture and stir to combine.

Transfer panko mixture to small bowl. Stir macaroni until sauce is smooth sauce may look loose but will thicken as it cools. Season with salt and pepper to taste. Transfer to warm serving dish and sprinkle panko mixture over top. Serve immediately.

Use a 4-ounce block of American cheese from the deli counter rather than presliced cheese. Because American cheese has plenty of emulsifier but not a lot of flavor, we combined it with more-flavorful extra-sharp cheddar. A bit of mustard and cayenne pepper added piquancy.